Never in Front of a Closed Gate

For most of the road hauliers calling at the deepsea terminals of Hutchison Ports ECT Rotterdam, the digital handling of customs formalities is a matter of course. “But drivers carrying paper documents will also always remain welcome here,” says Jan Molenaar, Operations Manager of the Gate & Administration Desk. “Customer-centricity always comes first for us.

'We have implemented all electronic options offered by Customs in our systems.'

“ECT's infrastructure for the digital processing of customs documents is state-of-the-art,” says the highly experienced Jan Molenaar. We have implemented all electronic options offered by Customs in our systems. Molenaar knows exactly what he is talking about. In his forty-plus year career at ECT, he has witnessed the gradual transition from vast mountains of compulsory customs paperwork to digital. “In close cooperation with Customs, ECT has always played a leading role in the port in this respect. In the future, we of course want to continue playing that role. Our AEO licenses (Authorised Economic Operator, ed.), for which we must comply with strict, customs-verified rules, are at the heart of this.”

Through ECT’s own e-services and the port-wide Port Community System of Portbase, virtually the entire document flow for delivering and collecting containers at ECT is electronic. And from an efficiency point of view, the vast majority of customers would not want it any other way; it benefits both their own back offices and the flow at the terminals. Upon arrival at the ECT Euromax, drivers who have been properly pre-notified, including all customs documents, have not needed to exit their cabins since 2008. And through the introduction of remote check-in, the ECT Delta is well on its way to a procedure in which drivers no longer need to stop at the reception building as well.

"Nevertheless, we at ECT will also continue to make it possible to collect or deliver a container with a paper customs document,” says Molenaar. “We notice that there is a need for this among smaller companies and for transport flows to and from Eastern Europe, for example. Our service desks at our two deepsea terminals will continue to be modestly staffed and customs officers will be present just like always.” Molenaar does however indicate that in the future this service provision may incur costs. “After all, extra actions on our part are required. However, a haulier with valid paper customs documentation will never encounter a closed gate at ECT.”

In the meantime, subsequent customs-related developments are on the horizon in the port. Following the rules in the new Union Customs Code, Customs Rotterdam is among other things preparing the introduction of the so-called container release order message. In the future, it will not be possible to release a container until a ship has actually arrived in the port. At that time, Customs will automatically link the summary and follow-up declarations to each other. If both match, the container release order message follows and the container can continue its trip to the hinterland.
Molenaar is positive, but does see some issues in terms of practical implementation. For this reason, there is intensive consultation with Customs and all port parties involved on establishing a suitable procedure for providing the legislator and the terminal the certainty that they require without negatively impacting the flow of containers. “The starting point is that shipping lines and shipbrokers are able to continue to work in advance as they do now. The logistics planning should not be disrupted.”

Own Container Scan for ECT Delta

The container scan that has been operational at the ECT Delta since the beginning of 2018 definitely has a positive impact on the flow. Molenaar: “Following the ECT Euromax, which has had its own scan for much longer, we now also have control of the scanning process at the ECT Delta. We no longer need to transfer the containers that Customs selects for a scan inspection from the ECT Delta to the customs area elsewhere at the Maasvlakte. Better still: using a Multi Trailer System, we can simultaneously run five 40-foot or ten 20-foot containers through the scanning device at our own terminal. That is unique in the world and leads to an even speedier terminal process.” 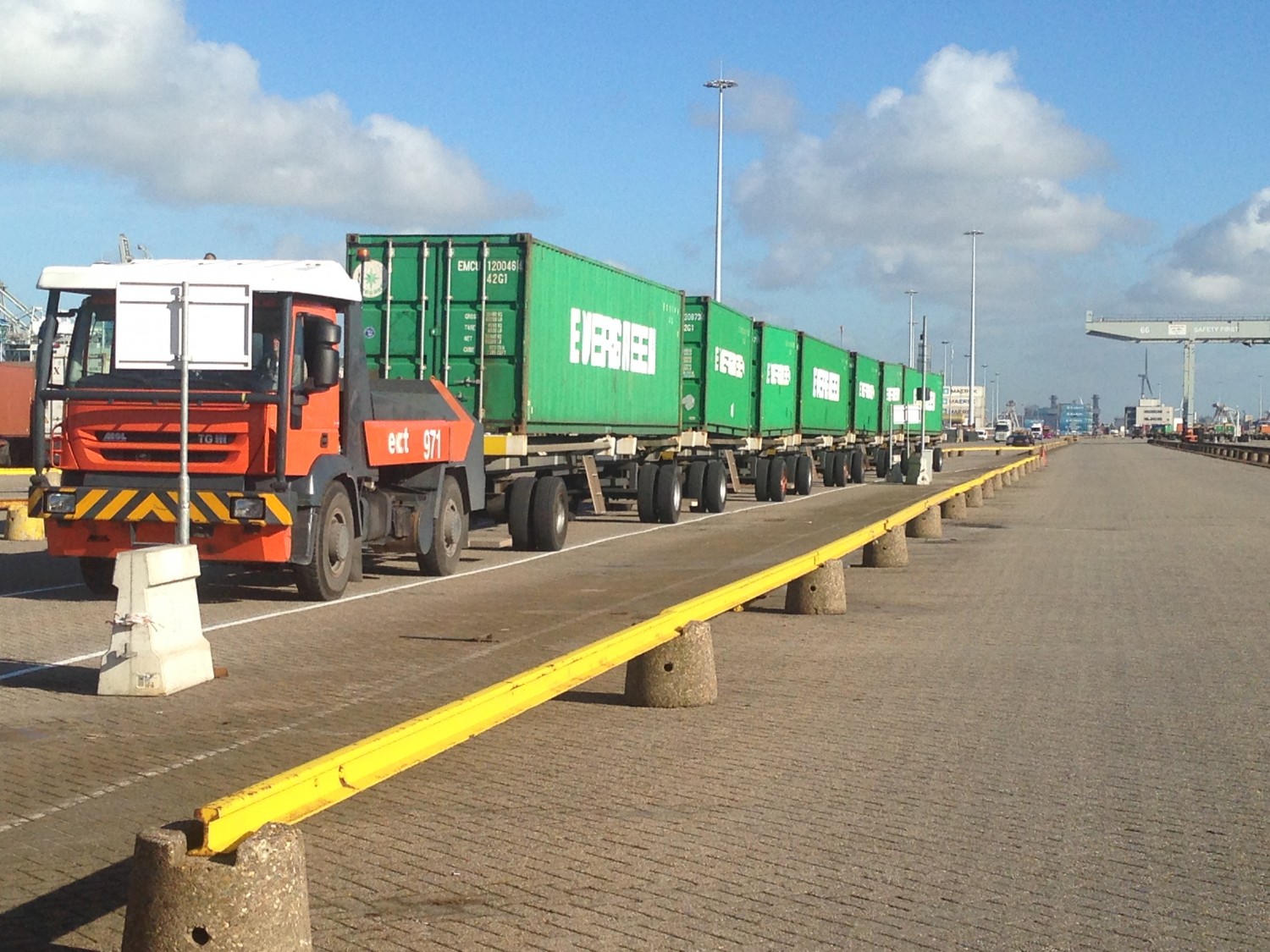