40 years of container handling in Venlo; success through cooperation

Today, the inland terminal Hutchison Ports Venlo will celebrate that Hutchison Ports ECT Rotterdam (ECT) opened its first rail terminal in Venlo 40 years ago. That marked the start of the enormous development Venlo went through from 1982 to the logistics center it is today.

With 24 weekly rail connections to and from Rotterdam and 5 weekly barge connections to Rotterdam and Antwerp, Hutchison Ports Venlo is the unique inland hub for ECT and a very important part of the network of European Gateway Services. Venlo's success is also due to the good and intensive public-private cooperation.

ECT's CEO Leo Ruijs: "The long and good cooperation between the Municipality of Venlo and the Province of Limburg on the one hand and ECT on the other hand has contributed significantly to Venlo's success as a logistics hotspot."

From the beginning, in 1982, a shuttle train ran twice daily between Rotterdam and Venlo. In the late 1980s, expansion of the terminal was necessary and ECT and partner Seacon Logistics moved to the current location. In 2010, with the opening of ECT's barge terminal, Venlo was also accessible by water. This optimized Venlo's unique location at an intersection of road, rail and water connections and in the middle of an attractive economic region. The barge terminal is now also due for expansion. In cooperation with the Municipality of Venlo and the Province of Limburg, and with support from the European Union and the national government, capacity should be practically doubled in the course of 2024.

The celebration of 40 years in Venlo confirms ECT's focus on an integrated service from the sea quay to the customer's front door and vice versa. Services offered to shipping lines as well as shippers, logistics service providers and operators, because they are all part of the supply chain and can contribute to efficient and sustainable logistics. ECT hereby combines its terminal activities in Rotterdam with the transport network of European Gateway Services and terminal activities in various economically interesting regions in Europe. 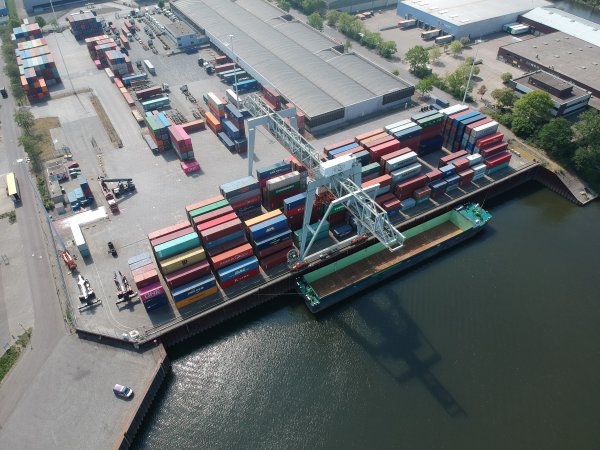