The new cranes are part of an extensive investment programme in the ECT Delta terminal, which includes hybrid automated guided vehicles, hybrid straddle carriers and multi-trailer tractors. ECT is also engaged in an extensive recruitment project and more than 150 new employees have now been hired. With these investments in the ECT Delta terminal, the terminal is being prepared to continue to strengthen its position as one of the most important container terminals in Europe.

The supplier of the cranes, Sany Heavy Industries, is a new supplier for ECT. Sany has already built cranes for other terminals within the Hutchison Ports group. The cranes will be built in Zhuhai, Guangdong Province, China.

The cranes themselves will of course meet all the requirements set by ECT with regard to safety and operational deployment, as well as the requirements set by customers in order to be able to handle their ultra large container ships. The cranes are fully remote controlled and have an outreach of more than 25 container rows. After delivery, the new cranes will be ECT's largest cranes. 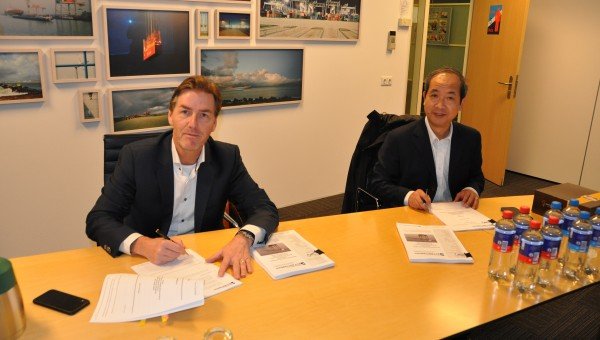